A Journey through Iceland 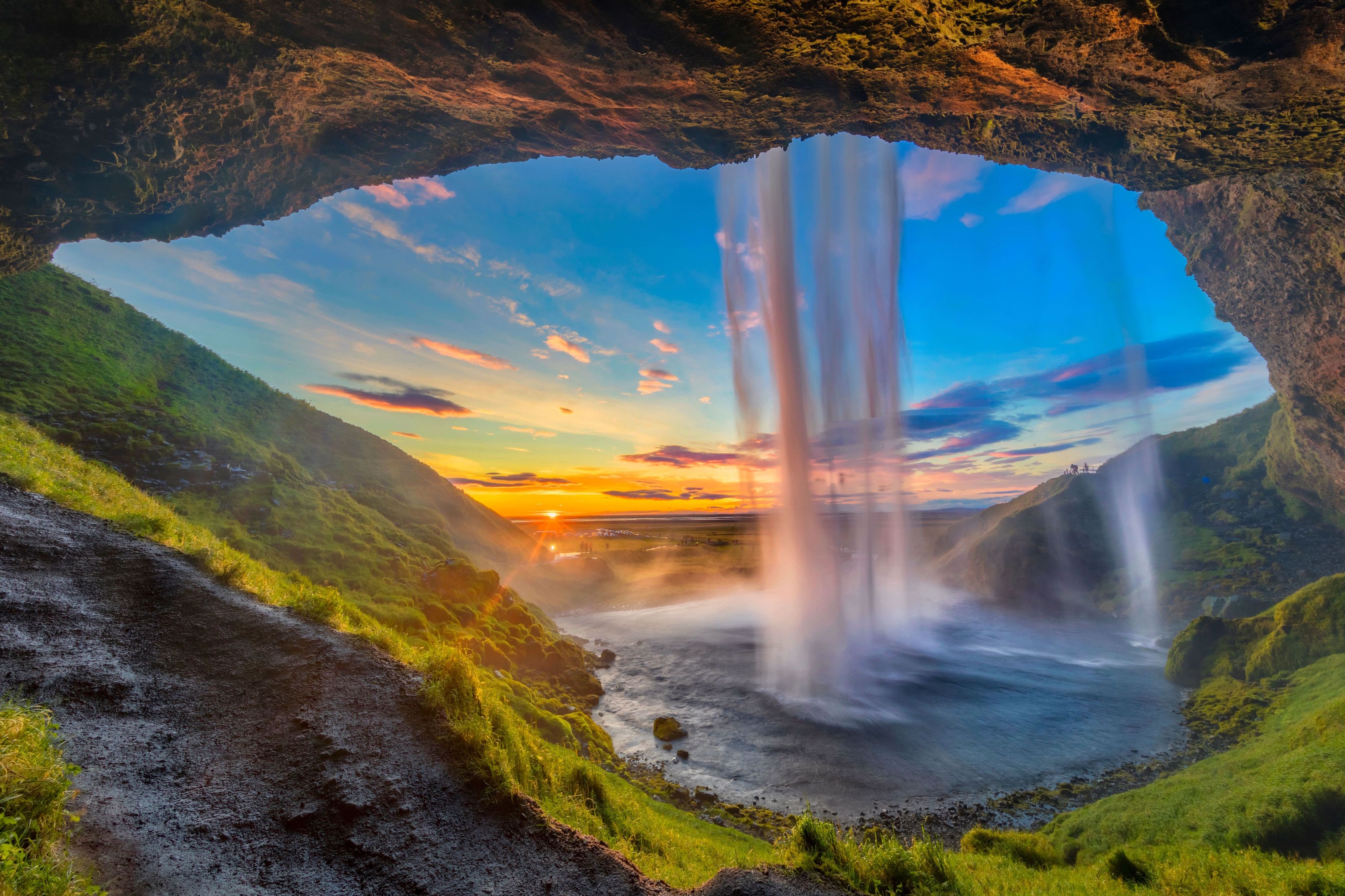 Clean Energy and Green Living Perched on the rift between North America and Europe, Iceland is a constantly changing land of fire and ice, where molten lava has shaped the landscape and fueled the nation. It is an ideal place to explore the forces of nature – from cascading waterfalls to rising geysers, destructive volcanoes and soaring glaciers. Black sand beaches, crystalline blue waters, verdant oases, and sparkling ice caps dot the landscape. NPR invites you on a behind-the-scenes journey to learn about one of the greenest countries on the planet. Take exclusive tours of Iceland’s hydroelectric and geothermal power plants and learn how the country runs almost entirely on renewable energy. See the innovations that have allowed this island nation to thrive – from greenhouses that extend the limited growing season to a unique bakery that taps steam from beneath the earth. And experience Iceland’s vast open roads, expansive views, and charming villages. 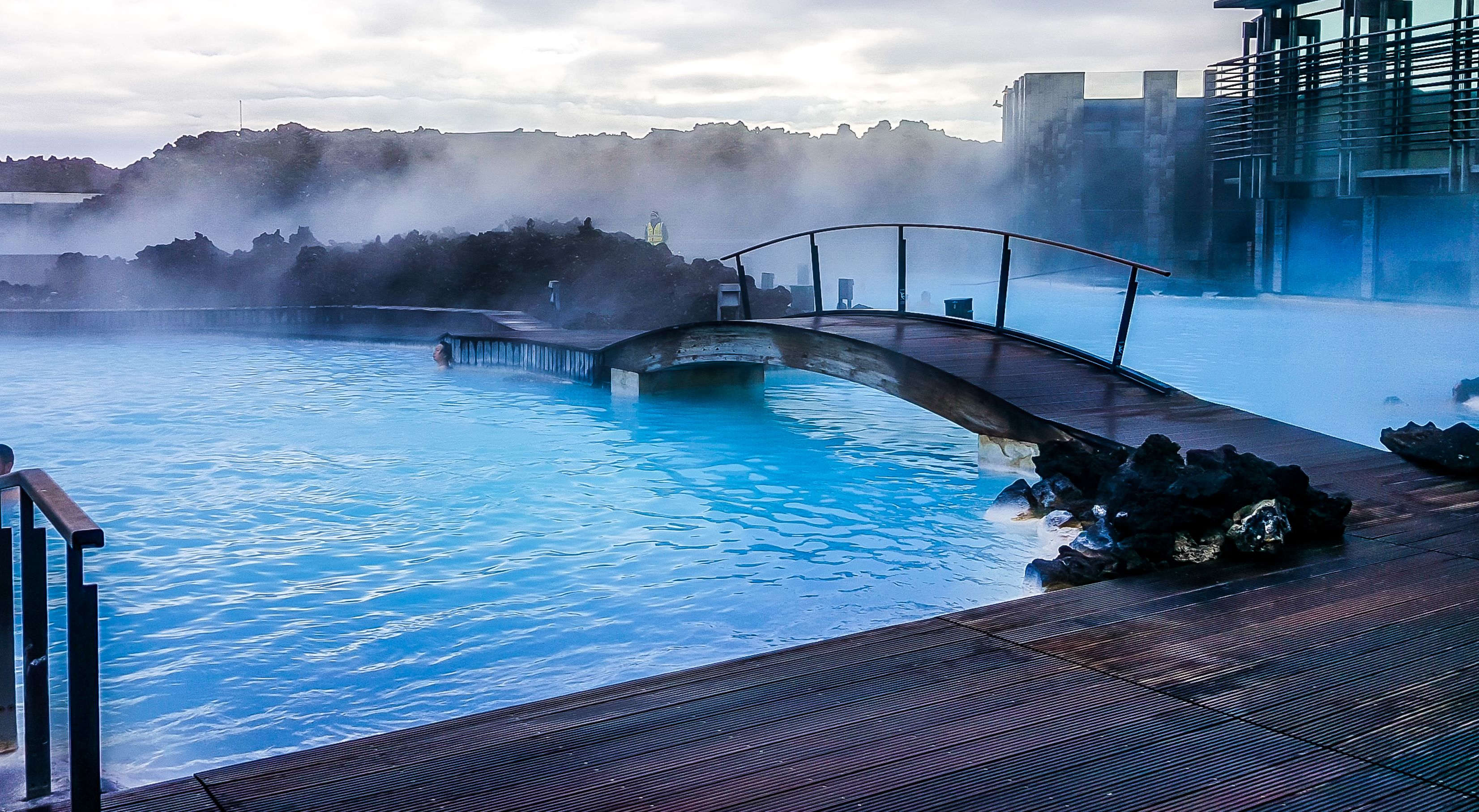 Bathing in the Blue Lagoon

Arrive at Keflavik International Airport in Reykjavik this morning and start your immersive experience in a welcome reception at the iconic Blue Lagoon, which is powered entirely by geothermal energy. Unwind from the flight as you float in the warm, bright blue waters, apply a silica mud mask alongside the swim-up bar, or relax in the sauna and steam baths. Those who choose can select from a menu of invigorating spa treatments for an additional charge. After, hear from a local scientist about groundbreaking research on geothermal seawater. Continue into the city center and check into your hotel this afternoon. Tonight, enjoy dinner as a group at a local restaurant near your hotel.

See the highlights of Iceland’s legendary Golden Circle, including Gullfoss (or the Golden Falls), Geysir, and Friðheimar. The Geysir hot springs reveal the power of Iceland’s subterranean resources as the powerful geyser propels water more than 200 feet in the air. Continue to Friðheimar, for a “stem to table” tour in the Icelandic countryside and learn how greenhouses are used in Iceland to extend an otherwise limited growing season. Your guide will showcase the facility’s innovative growing methods, which rely on green energy, pure water, and biological pest controls. Stop at Fontana Laugarvatn, a geothermal bakery where bread steams naturally underground. Here, you will observe staff dig a pot of warm bread from the black sand and sample the fresh treat with Icelandic butter and trout. Tonight is yours to explore Reykjavik on your own. 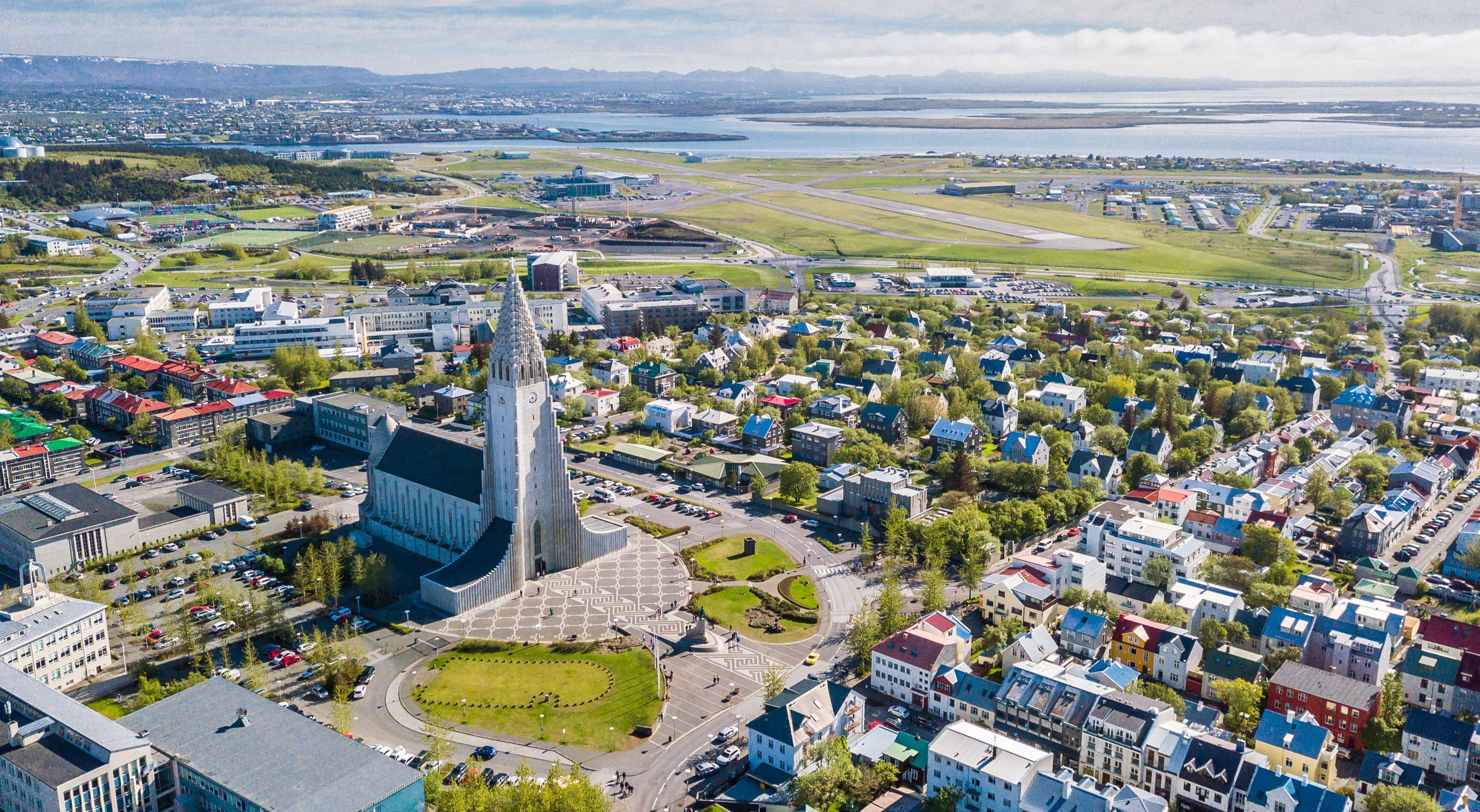 Ninety-nine percent of Iceland’s energy is provided by clean and renewable sources. Travel to South Iceland today to learn about the process behind this power on a guided tour of the Hellisheiði Power Plant, one of the world’s largest geothermal energy facilities. Learn how engineers leveraged Iceland’s unique location atop shifting tectonic plates and their underlying volcanic activity to capture heat from deep within the Earth. Join a local guide for an exclusive tour of the plant, explore geothermal energy’s global rule in a renewable and sustainable future, and learn how this often overlooked energy source produces more than one-quarter of Iceland’s electricity demand and upwards of 85 percent of its heat and hot water needs. After lunch at a local restaurant, continue to the Seljalandsfoss and Skogafoss waterfalls and tour the Skogar Museum, a unique outdoor museum which showcases homes, churches and farms built in the traditional Icelandic style. Check into your hotel in Vik, the southernmost village in Iceland before dinner as a group this evening.

Today you will take a long journey to explore the forces of nature along Iceland’s southern coastline. Traverse Eldhraun, the largest lava flow in recorded history and the result of a powerful volcanic eruption that is thought to have changed the climate throughout Western Europe. Stop in the tiny town of Kirkjubæjarklaustur, a green “oasis” amid fields of lava and black sand deserts, before continuing across the dramatic coastal rock formations throughout the vast Vatnajökull National Park. Later, join your group for a boat tour past the majestic icebergs towering over the stunning Jökulsárlón Glacial Lagoon. The sight of glittering icebergs resting on the black sand beach is very dramatic. If you are lucky, you will witness seals sunbathing on the ice. Join your group for dinner at a local restaurant this evening. 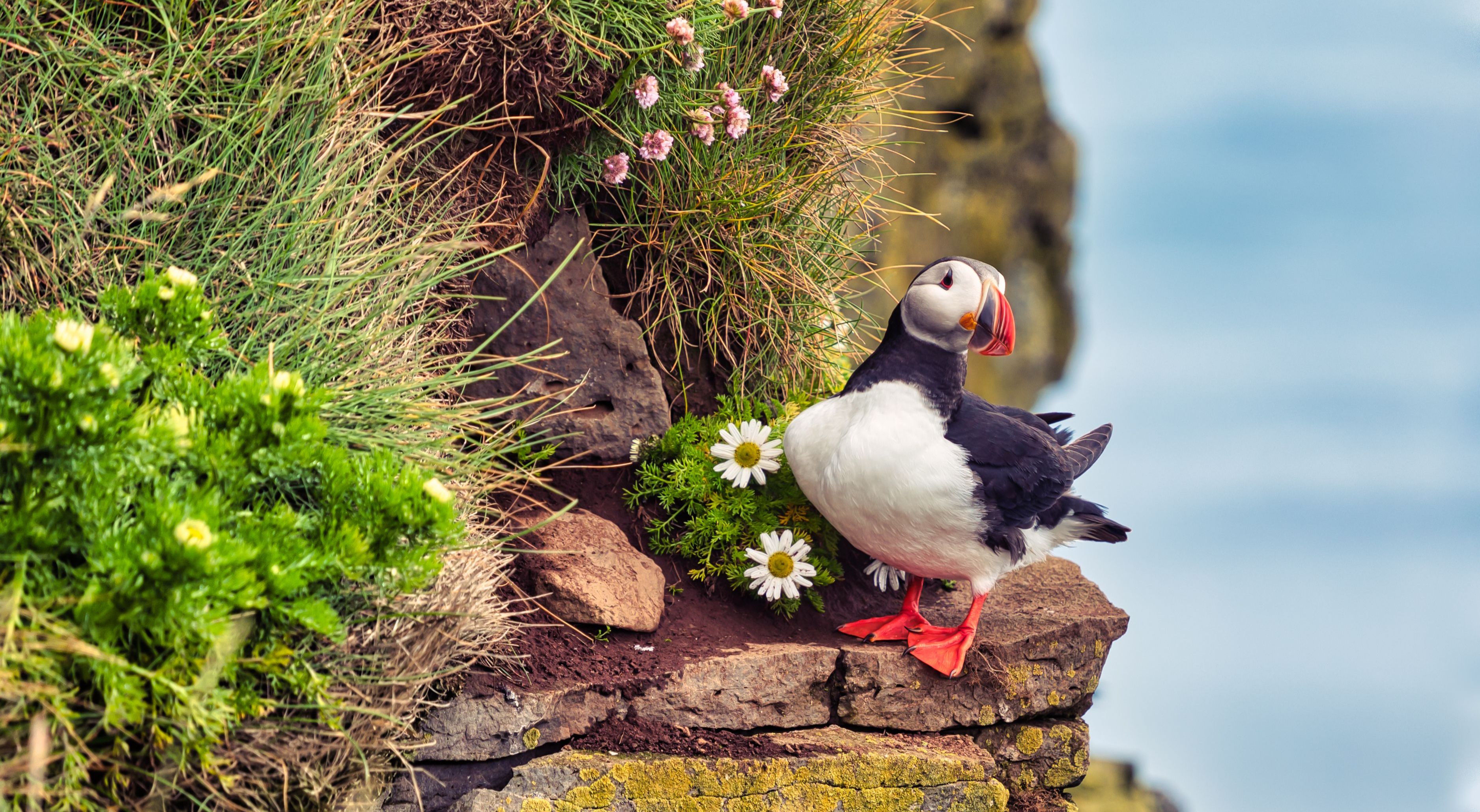 Your journey across Icelandic waters continues today on a ferry from Landeyjarhofn to the Westman Islands. The Westman Islands is recognized for its wildlife diversity, which includes the largest puffin breeding colony in the world, whales, seals and a large variety of migrating seabirds. You will have an opportunity to observe puffins in their natural habitat. A local resident will take you to observe what is thought to be the windiest spot in Europe, with records for the lowest on land observation of air pressure on the continent. You can watch as thrillseekers harness the wind and perform acrobatics (“sprang”) from the island’s cliffs, by scaling and swinging from the rocks. In 1973, a volcanic eruption buried hundreds of homes on the island, prompting locals to dub it the “Pompeii of the North.” Today, you will observe the ruins of the houses that were covered with lava from the eruption. Return by ferry this afternoon to your hotel in Vik.

Depart your hotel after breakfast and head north to Thingvellir National Park, where Iceland’s government was formed in 930 A.D. Thingvellir was established as a National Park in 1930, and named a UNESCO World Heritage Site in 2004. Early Viking settlers selected Thingvellir as the world’s oldest parliament, in part because its unique geology created a natural amphitheater, which is perfect for public speaking. Thingvellir also holds a special appeal for nature lovers, as it forms the visible site of the mid-Atlantic Ridge where the North American and Eurasian tectonic plates meet. The plates arebeing pulled apart at a rate of nearly one inch per year, creating the Thingvellir Rift Valley, which is spectacular to behold. Your exploration of Iceland’s renewable energy portfolio continues as you leave the park for the Ljóssfossstöð Hydro Power Station. Ljóssfossstöð has produced electricity for Iceland’s capital city since 1937. Today, hydropower represents nearly three-quarters of Iceland’s electricity supply, as explained in an interactive exhibit at the power plant. Following your private tour, you will return to the hotel for a presentation by your NPR expert. 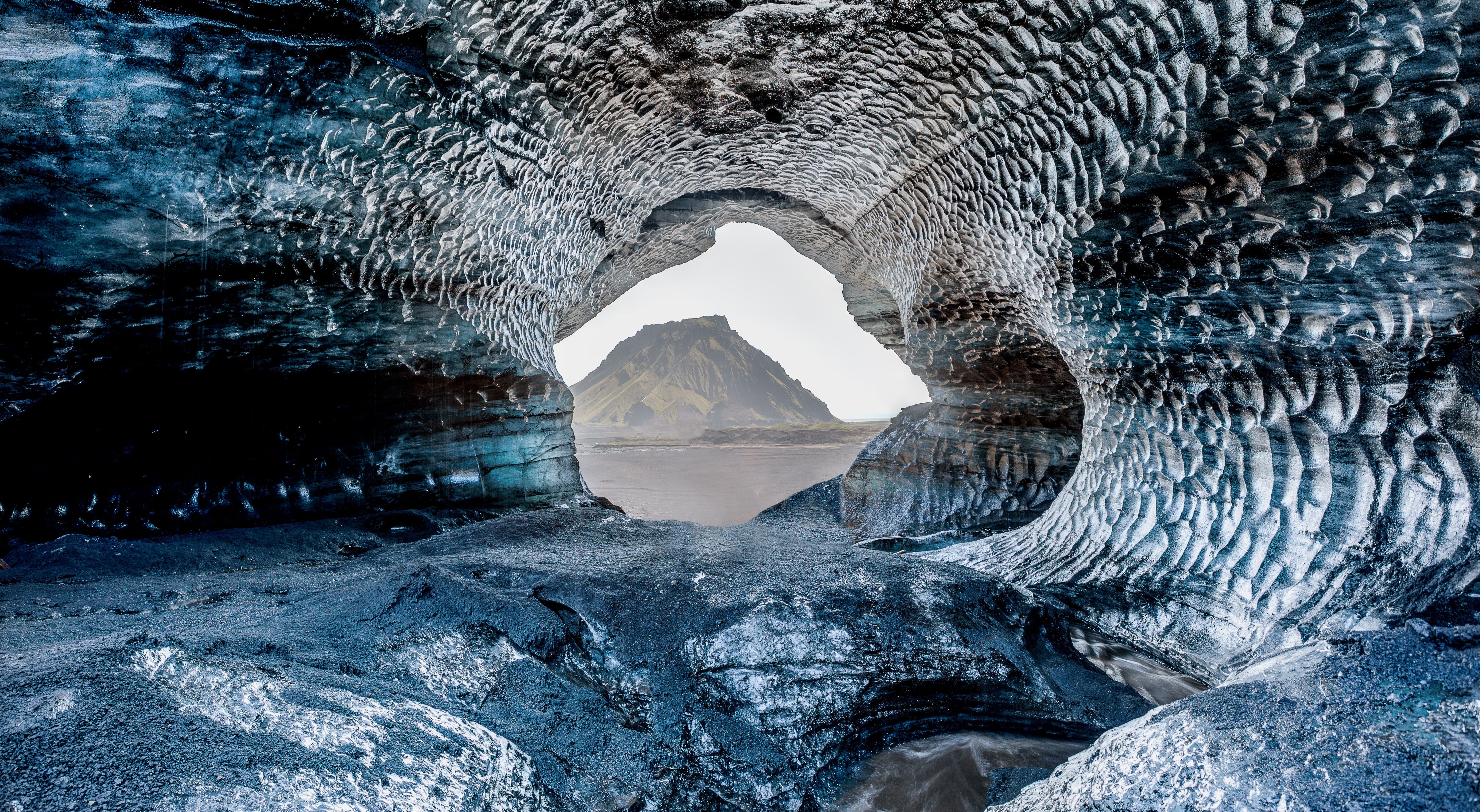 The Power of Water

Your Icelandic energy journey concludes today in Borgarfjörður, the picturesque fjord in the Western Region of Iceland. This geothermal utopia is home to Deildartunguhver, Europe’s most powerful hot spring, whose water heats most of the buildings in western Iceland. Deildartunguhver’s scalding waters combine with the country’s smallest glacier to create the Krauma geothermal baths, which you will experience on this final full day of your tour. You will witness the powerful force of the dueling Hraunfossar and Barnafoss Waterfalls before visiting Borgarnes, beautifully situated on a hill towering over the ocean. You will have time to explore the town and learn about its fascinating history, which dates back to early Viking explorers and continues through the 19th century when it supported a booming trade with the English and Dutch. Return to Reykjavík this evening for a final celebratory dinner and reception at a local restaurant.

Depart for the airport on private transfers at any time today. 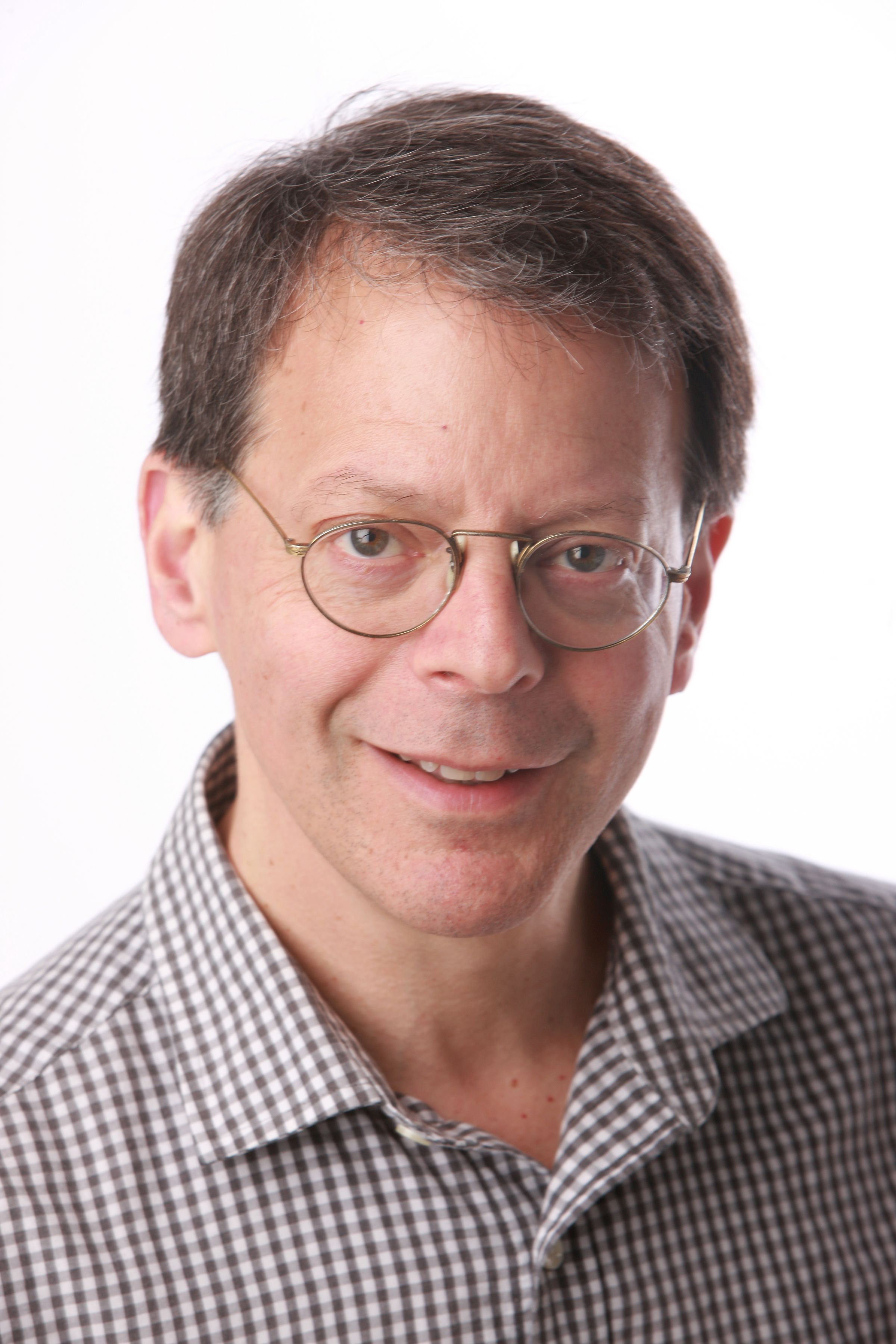 John Schwartz has been a professor of journalism at the University of Texas School of Journalism and Media since the summer of 2021. Before that, he worked for 21 years at The New York Times, where his work focused in recent years on climate change. Before the NYT, he was a journalist for The Washington Post and Newsweek.

Before taking on this environmental beat at The Times, he covered topics that included the space program, law and infrastructure. He has covered the destruction and rebuilding of New Orleans' flood protection as well as other disasters, with assignments that have taken him from the Mojave Desert to Moscow. Schwartz’ work is also published in The New York Times Book Review, Science Times, arts and culture sections, and he wrote a humor column for the business section’s mutual funds quarterly.

Schwartz is author of “Oddly Normal,” a memoir, and "This Is the Year I Put My Financial Life in Order," a money memoir and guide. Follow John on Twitter @jswatz

Note: John Schwartz is not an NPR employee or NPR expert